If shotguns aren't the most popular type of firearm for home defense, they at least seem to be the most recommended.

So you've followed this advice, but are wondering what to feed your firearm? We've got you covered!

In this guide, I'll cover the best home defense shotgun ammo. I'll also walk you through everything you need to know and explain how we chose our picks.

For those of you in a hurry, here is a preview of our top picks for the best shotgun ammo for home defense: What You Need to Know About Shotgun Ammo

You can jump ahead to learn more about our top choices [Click Here]. However, for those interested, I'll cover everything I think you should know when choosing shotgun ammo for home defense.

As the image above depicts, 10 gauge shotguns have the largest barrel diameter. 28 gauge and .410 gauge barrels have the smallest internal diameters.

The larger a shotgun's barrel diameter, the more powerful the shotgun's loads typically will be. This means more energy inflicted on whatever you shoot, but also more recoil felt by the shooter.

20 gauge shotguns are the second most popular option for home defense. While they shoot smaller slugs or fewer pellets depending on the type of ammo you're using (we'll explain the different types below), they are still very effective for home defense.

There are 3 primary types of shotgun ammo: Birdshot, Buckshot, and Slugs. All can be used for self-defense depending on your needs, though most would argue one type is best for this purpose. 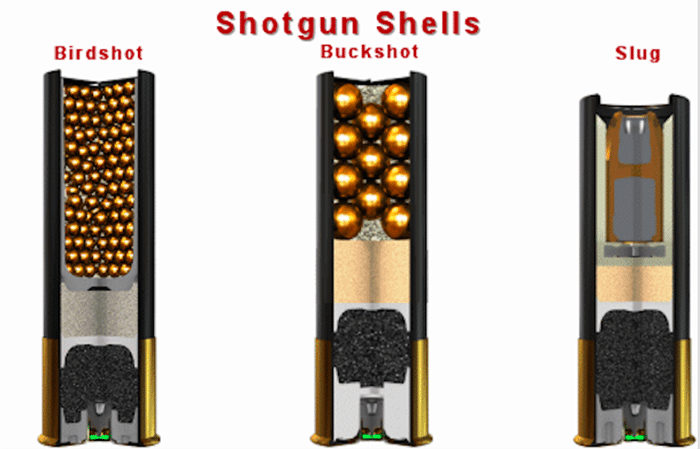 Birdshot and Buckshot loads have multiple pellets loaded in each shell. Slugs have just one larger solid projectile.

As the name suggests, birdshot is intended for hunting birds and other very small game. Birdshot pellets are smaller than buckshot pellets, meaning more pellets can be loaded into a shell. For most people, birdshot is likely to be the worst choice of the 3 types of shotgun shells for home defense use. Ballistic tests show that the small birdshot pellets lack the ability to penetrate to a sufficient depth against human attackers.

As we've discussed in our other ammo guides, like the best 9mm ammo, the FBI recommends 12"-18" of penetration to reach vital organs. Even birdshot loads with larger pellets, like the #2 birdshot shown below, fail to meet the minimum of 12". All of this is not to say that birdshot is not incredibly lethal against human attackers, but that it's suboptimal for quickly neutralizing a threat. Buckshot or slugs are more likely to reach vital organs, increasing your chances of dropping an attacker before they can hurt you.

In a home defense situation, never expect someone in the other room to be protected by an interior wall or even multiple walls. Always follow all gun safety rules, including "Be sure of your target and what is behind it."

Though unlikely to be an issue inside of a home or apartment, birdshot has an effective range for self-defense of just around 15-30 yards.

Buckshot is our preferred type of shotgun ammo for home defense and what seems to be most popular for this purpose. 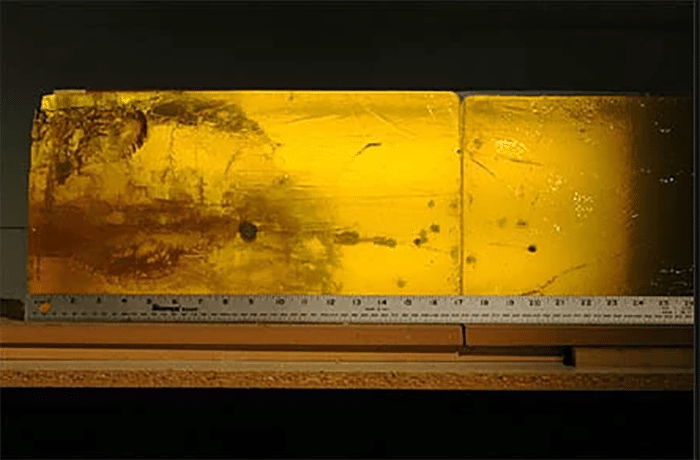 #1 buckshot offers a devastating load of 16 pellets in a 2-3/4" shell. In the referenced testing, the temporary stretch cavity exceeded the limits of the gelatin block. The 16.5" of penetration is right in the sweet spot of the FBI's recommended 12"-18". It's capable of hitting vital organs and quickly downing an attacker, while limiting the chances of overpenetrating through your target. For these reasons, we've chosen it as the overall best shotgun ammo for home defense. The effective range of buckshot is usually 30-50 yards, which should be more than enough for home defense.

As mentioned above, slugs are the only type of shotgun ammo with just one solid projectile.

They're incredibly capable of downing an attacker in a self-defense situation, but also very likely to overpenetrate through your target and/or multiple walls.

For protection against human attackers, I'd generally avoid using slugs. If you're not concerned with overpenetration or penetrating through walls, you might as well use a rifle like an AR-15. A rifle will offer far greater magazine capacity than any shotgun, while also being lighter recoiling.

Slugs do, however, have their place as defensive ammo. They're great for protecting yourself from large animals, like bears.

Most indoor gun ranges (and even many outdoor gun ranges) only permit the use of slugs, as the spread of birdshot and buckshot are likely to damage equipment or hit other customers' targets... So even if you don't plan to use them for home defense, you're likely to still find yourself buying slugs for practice.

There are two different types of slugs: rifled slugs and sabot slugs.

Rifled slugs have "rifling " on the slug itself and are intended to be shot out of a smooth bore barrel. Shotguns with smooth bores and shotgun slugs with rifling are most commonly used. However, there are also rifled shotgun barrels that are intended to shoot sabot slugs.

Rifled slugs shot from smooth bores typically have a maximum effective range of 70-100 yards, while rifled barrels and sabot slugs can sometimes be used for ethical hunting up to 200 yards.

Below you'll find our picks for the best home defense shotgun ammo for a variety of gauges and types of ammo.

#1 Buckshot contains 16 pellets that travel at a velocity of over 1200 feet per second. In ballistic gel tests, #1 buckshot averaged a penetration depth of 16.5". It will reach vital organs, with a limited risk of overpenetration.

The penetration of #1 buckshot, combined with the massive stretch cavity it causes is likely to neutralize any human threat quickly.

While #1 Buck is my preferred home defense ammo, it can sometimes be hard to find in stock.

00 buckshot ("Double-Aught Buckshot") is the most popular buckshot shotgun ammo. There are a lot more 00 options available than #1 buck.

Generally, 00 buck penetrates close to the FBI's maximum recommend penetration depth in ballistic gel tests. It is a bit more likely to overpenetrate, compared to #1 buck.

Since 00 buck pellets are larger than #1, you'll find shells don't hold as many pellets. Most commonly, 12 gauge shells contain nine 00 pellets. Despite the pellets being larger, ballistic gel tests show that 00 buck does less overall damage than #1 due to the fewer number of pellets.

Again, I like Winchester Super-X, but you can check out other options here. #4 buckshot is the last of the common buckshot calibers we'll be covering. Though I prefer our first two options, #4 buck is at least in the conversation for the best home defense shotgun ammo.

The one potential issue with #4 buck is that it tends to be on the low end of the FBI's recommended penetration depths. However, it's the least likely to overpenetrate.

If all 27 #4 buck pellets hit your target, it will also create a larger wound channel than both #1 or 00 buck. I'm generally not too picky when it comes to shotgun slugs, so long as they're reliable and made by a quality manufacturer.

As you've probably guessed by now, Federal and Winchester are my go-to manufacturers for shotgun ammo.

Your standard slug will easily (over)penetrate through a human target. They should also be capable of taking down nearly any animal you'd want to hunt or protect yourself against. However, if you're really concerned about having as much power as possible for animals like bears, you consider 3" Magnum Slugs.

On the opposite end of the spectrum, you can also find low powered slugs to make 12 gauge a bit more comfortable to handle. They'll also generally penetrate less deep (though still way over FBI's recommendation). Personally, I think they're at least great for practice if you prefer normal slugs for serious use, to save your shoulder a beating.

This article does a great job explaining why 20 gauge shotguns are generally not a fantastic option for home defense.

You can find 20 and .410 gauge shotguns suited to home defense manufactured by Mossberg (Mossberg 500), but you're unlikely to find "tactical shotguns" in other gauges.

(See our choice for the Best Tactical Shotguns for Home Defense)

These shotguns are typically lighter than 12 gauge shotguns, making them easier to carry and position. The downside of this is that the lighter weight of the guns can mean even more felt recoil than 12 gauge when using the recommended home defense buckshot loads. .410 is also arguably underpowered for optimal home defense. I'd recommend a rifle, like an AR-15, as a better alternative for those worried about recoil.

If you do happen to have a 20 gauge shotgun that you're using for home defense, there are a very limited number of loads that are appropriate for the task, readily available, and made by reputable manufacturers. This is even true of stock from the biggest online retailers like Lucky Gunner (Lucky Gunner Review). This wraps up our guide to the best shotgun shells for home defense.

If you have the option, we generally recommend sticking with 12 gauge shotguns. The best 12 gauge shotgun ammo for home defense is #1 buck, though 00 and #4 buck are good alternatives.