Looking for the best .223 and 5.56 ammo for self-defense, target shooting, and more? We'll cover all of these below!

Before we do, I first want to answer the most common questions asked about AR-15 ammo... But if you're in a hurry, jump ahead using the following links: 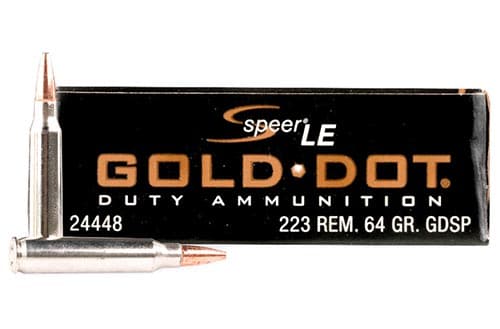 Among new AR-15 owners, there's often confusion over what ammo they can use in their rifle.

Though the cartridges of both 5.56 and .223 are identical in their external dimensions, 5.56 is frequently loaded to higher pressures.

Not all AR-15s are rated to handle the higher pressures of 5.56, as some are solely designed to use .223 Remington.

I'll say it one more time to be safe, do NOT shoot 5.56 out of a firearm chambered in .223. The over-pressure can cause malfunctions, damage/destruction to your rifle, or even severe injuries to the shooter.

You should be able to find what caliber your firearm is chambered in by looking at your barrel, but it's always a good idea to read your owners manual for specific ammo requirements and recommendations.

The vast majority of new semi-automatic rifles today are chambered in 5.56 or .223 Wylde as opposed to .223 Remington, though .223 Remington is still prevalent in other types of rifles.

The twist rate of a firearm's barrel is the distance it takes for the rifling to make a complete 360-degree revolution. The best twist rate for a given bullet is determined based on the projectile's length, diameter, and weight. When specifically talking about 5.56/.223 ammo, bullet weight is the biggest determiner of what twist rate is optimal.

The chart below shows how common bullet weights (in Grain) perform in barrels with various twist rates:

Today most of the popular AR-15s, including most of our choices for the best AR-15s, come with barrels in a 1:7 or 1:8 twist rate.

As you can see in the chart below, 55-Grain ammo is on the border of "fine" for 1:7 twist rate barrels, while nearly all common weights are "the best" or "fine" with a 1:8 twist rate.

Though the above is true if you want optimal performance, I wouldn't worry about this unless you're specifically focused on extreme accuracy at longer distances.

Types of Bullets and Casing Materials Effect on Cost

Several factors play a role in the effectiveness and cost of AR-15 ammo.

The most common and basic type of bullets are FMJs (Full Metal Jacket). FMJ bullets typically have a lead core "jacketed" entirely by a harder metal, usually copper. This relatively simple design makes them relatively cheap to produce and thus cheap to purchase. Hollow points (HP/JHP), soft points (SP), and their variations are types of bullets that inflict increased damage to your target by offering greater expansion upon impacting your target. These projectiles have more intricate designs, making them more difficult and expensive to produce, thus more costly to the consumer.

As you can see in the picture below, hollow point bullets have a hollow tip. Due to the increased cost, I generally only buy non-FMJ ammo for specific uses, plus some extra to test to ensure it works without issue in my firearm.

Another general question is what's the difference between ammo with steel and brass casings.

Steel cased ammo is cheaper than comparable brass cased ammo but can cause more wear on your rifle. It's also less reliable in platforms like the AR-15.

With that being said, I still sometimes use steel cased ammo in my AR-15s and would even recommend it to many people for practicing.

Most people don't shoot enough to see the increased wear effects of steel cased ammo. At most, you're usually cutting the lifespan of your rifle by a couple of thousand rounds. You'll have usually saved more money by opting for cheaper steel cased ammo than the cost of a new rifle or at least the parts in need of repair.

However, I don't use steel cased rounds in any of my rifles I specifically plan to use for self-defense, just to be safe. Of course I would also not recommend it anytime you need to maximize reliability.

Before getting into ammo specifically for self-defense, we'll first cover the more affordable stuff.

Here's the best 5.56 ammo for practice and plinking.

Federal XM193 is my go-to for practice. I've shot tens of thousands of rounds of this stuff and always found it to be reliable, despite it usually being the cheapest 5.56 ammo around.

Lucky Gunner and Palmetto State Armory regularly have excellent deals on this stuff. You can find XM193 at our favorite online ammo retailers in the compare price drop-down below.

Generally, I buy it in bulk 1000 round packages to get the best price per round, like this one below. All in all, it's tough to beat, leading me to choose it as the best 5.56 ammo for the range. 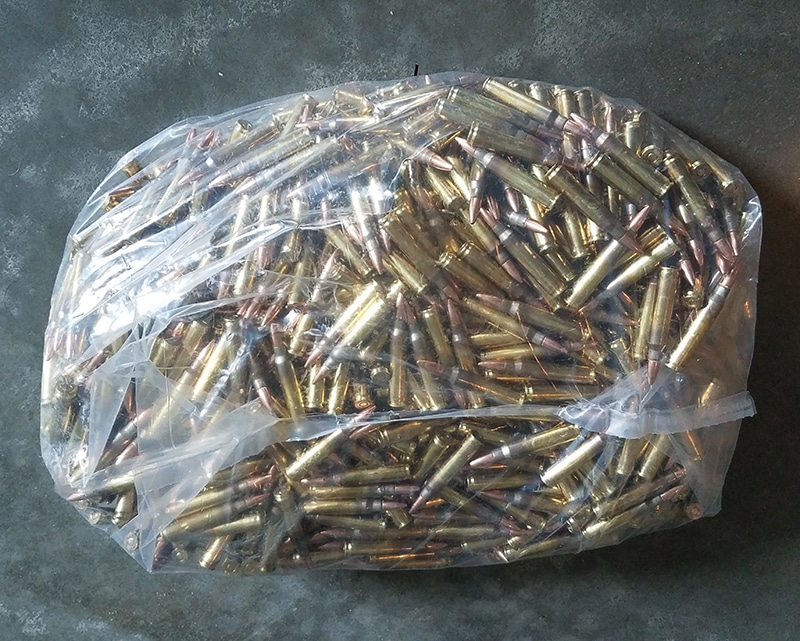 Keep in mind, however, that green tips have a steel core which is not allowed at some ranges. Last on our list of the best 5.56 ammo for practice is M193 by Prvi Partizan. A short while ago I purchased 1000 rounds of it because it was the cheapest 5.56 ammo available at the time. I've since gotten 2000 rounds more and haven't had any issues with it.

Though this Serbian importer is less well known than Federal, I plan to keep it in my rotation depending on which is cheaper. And now for the best .223 Ammo for practice and targeting shooting, including some steel cased options which are not available in 5.56.

No, I'm not a Federal shill, they just happen to make quality ammo that's really cheap. All of our best ammo guides, like this one on the best 9mm ammo, always seem to include them. Now it's time to get to the REALLY cheap stuff - .223 steel cased ammo.

As I mentioned above, I think people can be overcritical of the stuff. I'll admit it doesn't work quite as reliably in AR-15s as brass cased ammo, but you can look at it positively as some extra practice clearing basic malfunctions. Seriously though, the stuff is cheap, and it's better to shoot more than to shoot less if money is tight.

There are just a few things I would note about it before you make your purchase:

With all of that said, I'll fairly regularly buy whatever steel cased ammo is cheapest for use at outdoor ranges, since my indoor range doesn't allow it. Tula, Wolf, and Red Army Standard are all brands I've bought with no discernible difference between them in my experience. Last on our list of the best .223 ammo for practice is Wolf Gold.

Unlike Russian manufactured Wolf steel cased ammo, Wolf Gold is brass cased ammo made in Taiwan. 99% of the time I check AR-15 ammo prices this is the cheapest brass cased option available. Aside from Federal 55-Grain 5.56, this is probably the ammo I've shot the most, and it's been steadily reliable.

Unlike steel cased Wolf, Wolf Gold should be completely fine to use at any range that lets you shoot rifle calibers because it uses non-magnetic bullets.

Though I prefer to buy American made when possible, this is the best AR-15 ammo if you want to avoid steel while spending as little as possible. Now for the best AR-15 ammo for self-defense.

First of all, rifles are far more effective at stopping threats than pistols. As long as the ammunition is reliable, I'd take an AR-15 with any of the ammo we've already covered over a pistol with the best self-defense ammo. The fact remains, though, some ammo is better than others.

Unfortunately, there's less available independent ballistic gel testing for .223 and 5.56 than there is for pistol calibers. At some point, I'll try to set up some tests myself, but in the meantime, I looked through countless websites and videos to find the best performing ammo from reliable testing methods. I then purchased and shot the best performers with multiple AR-15s to make sure I didn't have any reliability issues with them.

Aside from reliability, I was looking for penetration within the FBI's recommended 12"-18" criteria and maximum expansion. Generally, I prefer to err on the side of over-penetration rather than under-penetration.

Here's the best AR-15 ammo for self-defense that I've found:

Here's its performance from this test, fired from a 16" barrel at 10 feet away:

The penetration depth is right in the sweet spot, while the expanded diameter is higher than most competitors that also have decent penetration. In videos like this one, you can also see that this bullet begins expanding very quickly.

Another strong contender for the best AR-15 self-defense ammo is the Corbon 62-Grain Solid Copper Hollow Point, also in 223. Here's the performance of this SCHP round from this test, fired from a 10" barrel from 10 feet away:

The Best AR-15 Self-Defense Ammo is: