What Type of Firearm Should You Use for Home Defense? (Handguns, Shotguns, and Rifles) Choosing what type of firearm to use for home defense can be a difficult decision. Handguns, shotguns, and rifles all have their strengths and weaknesses to consider.

In this guide, I'll help walk you through these pros and cons so that you can make an informed decision.

The most important factor to consider is how quickly and easily you can neutralize a threat with your home defense gun. Keep in mind, this does not just mean the potential lethality of a given firearm and ammunition. You could shoot an attacker invading your home with a deadly shot, but it could take minutes to actually stop them. The longer they're a threat, the more likely it is that you or a family member could be injured or worse.

You've likely seen stories on the news of police shooting armed suspects with pistols more than 10 times before the criminals were unable to fight back. You want to avoid this situation if possible, incapacitating a home invader with as few shots and as little time as possible.

Handgun calibers commonly used for self-defense (like 9mm, .40 S&W, and .45 ACP) are capable of disabling an attacker with a well-placed shot. As we'll talk about more below, this is easier said than done, however. Despite the many cases that handguns have been used to immediately incapacitate or scare off an attacker with one shot, they're not the best choice for quickly neutralizing threats. Handgun ammunition lacks the "special qualities" offered by shotgun and rifle ammo.

Shotguns, shooting buckshot, are considered to be the ideal home defense gun set up by many.

#1 Buckshot, for example, can deliver 16 pellets to your attacker at over 1000 feet per second. In ballistic gel tests, this creates a huge temporary stretch cavity, while achieving sufficient penetration levels to hit vital organs. If the shear force isn't enough to stop an attacker, multiple pellets increase your chances of hitting lethal shots. 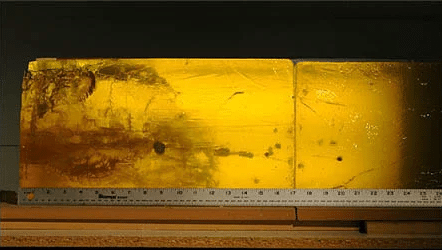 #1 and #00 buckshot is only effective to around 30-50 yards. Though this is more than sufficient for most indoor home-defense situations, you also have the option of using slugs for longer range self-defense encounters. Additionally, slugs care also a viable option for protection against large animals like bears.

Rifles, particularly semi-automatic rifles like AR-15s and AK variants, are other choices that have ballistic advantages over handguns.

Unlike handgun rounds, rifles rounds have a high enough velocity and enough energy to create permanent damage cavities in living tissue. This is in addition to the ability to penetrate and pierce through bone and organs.

Though this theory is controversial and debated, some also believe that rifle rounds are capable of causing hydrostatic shock, a pressure wave that can damage neural tissue with rapidly incapacitating effects. Regardless of whether this phenomenon exists, it's far less likely that someone can continue to be a threat after being shot by a rifle compared to a handgun.

The biggest advantage handguns have in a home defense situation is that they're the smallest and most maneuverable type of firearm. Shotguns and Rifles can be a bit more challenging to use in confined spaces like hallways.

Will all of this said, being able to maneuver an AR-15 with a 16" barrel shouldn't be too tricky. This is especially true with a bit of practice either at the range or with the firearm unloaded in your home.

Accuracy and Ease of Use

Rifles and shotguns more than make up for decreased maneuverability with how easy they are to shoot accurately. By shouldering a rifle or shotgun, you gain an extra point of contact that makes it easier to keep the gun stable and manage recoil.

All the friends and family I've taken to shoot for the first time have had no issues accurately shooting a rifle, but struggle when it comes time to try a handgun. Even the most experienced shooters will not be able to shoot as accurately or as fast with a handgun compared to a rifle.

Shooting a shotgun with buckshot offers its own significant accuracy advantage. The fact that buckshot pellets spread means you have the potential to at least hit your target with some pellets with a poorly placed shot. The major downside to shotguns is that they have pretty severe recoil compared to handguns and rifles like the AR-15.

Sometimes I hear the argument that one type of firearm is easier to use than another as a reason to choose it for home defense. I think this argument is a bit silly.

Not only do I believe all of these types of firearms require a similar level of knowledge to operate, but I'd also suggest that you should spend enough time learning how to safely and effectively use whatever gun you choose. This not only goes for you but anyone else in your house who may use this firearm for home defense.

I generally would recommend a rifle or shotgun for home defense, but ultimately you'll have to decide what to use for yourself. Rifles and shotguns are not only more effective at neutralizing threats compared to handguns, but they're also easier for placing shots on target.

A great way to make up your mind is to head to your local gun range and try out all the different options.

Best 9mm Pistols in 2020 (For Concealed Carry, Home-Defense, and More)